Charles Philippe Jean-Pierre’s most tangible connections to his Haitian roots were the paintings and sculptures in his family’s home. He often overheard passionate debates on abuses of power and continual regression in Haiti, but the art that hung on their walls were beautiful contradictions to his homelands hopeless narrative. The stark contradictions of beauty and power, as a theme, are ever-present as a theoretical and methodological struggle within Jean-Pierre’s overall body of work. His multimedia paintings speak to the nexus of political, social, and economic structures. Much of his work is representative of the synergy, or lack thereof, between societal perceptions and reality. 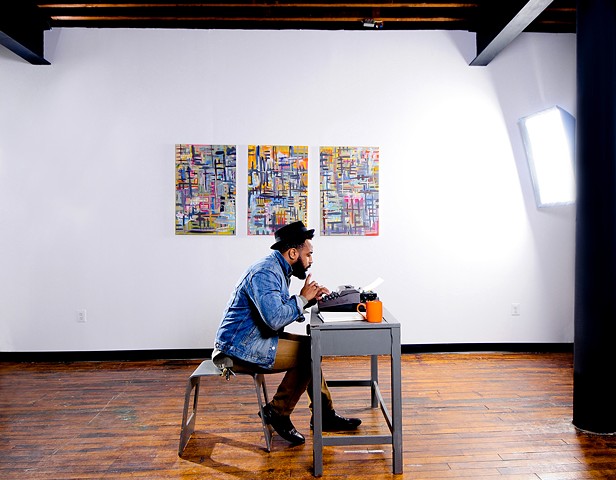